Actualities Modernisation of the feed-mill 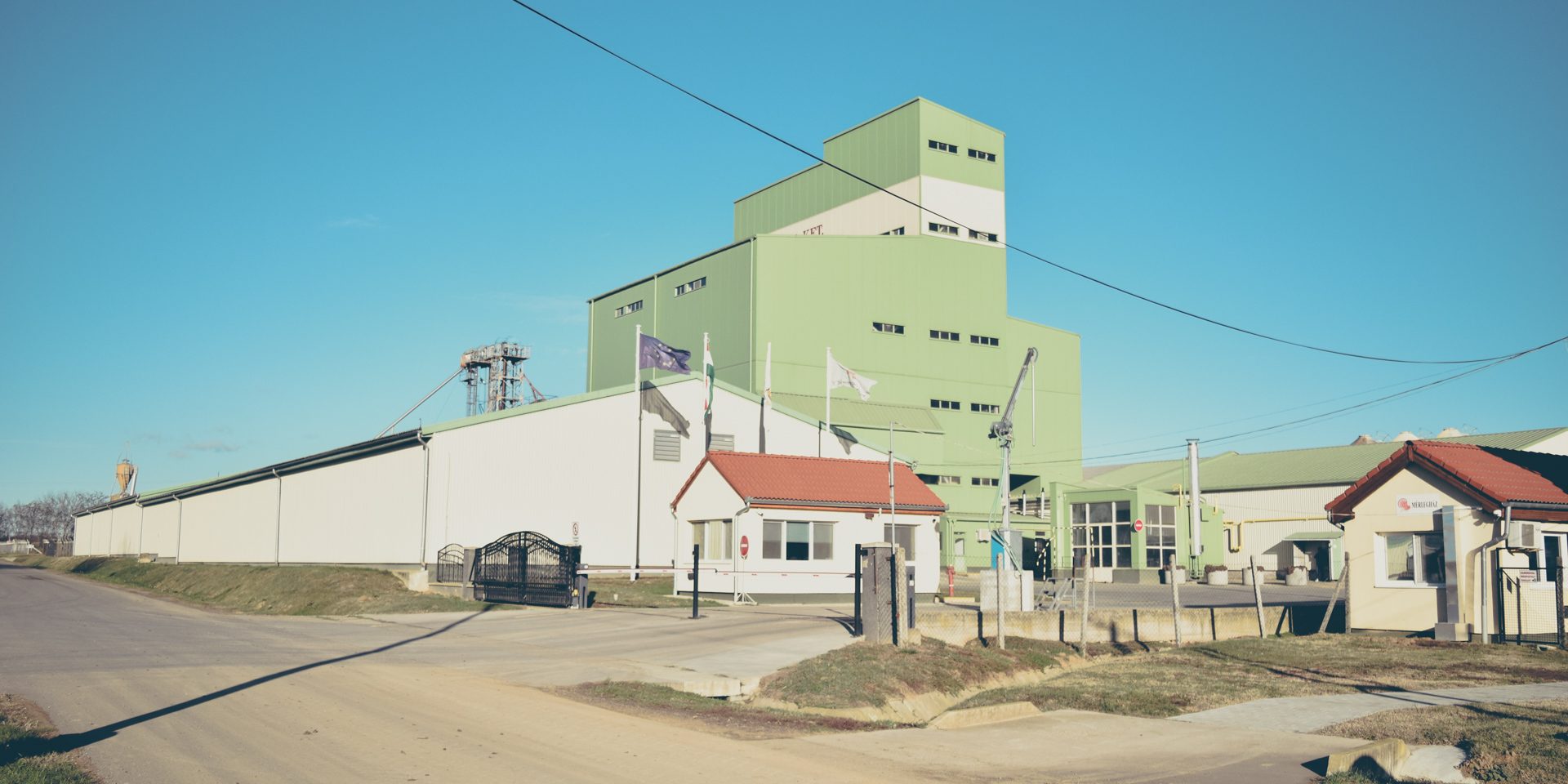 The firm’s investment capacity continues to increase, as since 2014 up until now we have built two flat grain storages with 5000 ton capacity per unit, in which bucket elevator and conveyor belts via receiving hopper help the crop loading. The excellent quality asphalt allows the trucks to have good access to the flat grain storages. The granulation line and the already existing storage system were modernized, and the dispenser was also automatized. To achieve a higher stock level, 16 finished-goods containers got installed. Thanks to them, the transportation of the goods got smoother and more effective. The scales located under the finished-goods containers significantly facilitate our driver’s work. The scales enable the correct adjustment of the weight of the feed adhering to regulatory requirements. We installed 6 flour containers in our plant to ensure safe storage of the ingredients. To meet the quality – assurance requirements, and also to guarantee the excellent quality of the ingredients and finished-goods, it was required to install an automatic sampler to eliminate the inadequate raw material. The expanding volume of the feed required logistics developments. The company extended the number of the vehicles transporting finished-goods to 7. Because of the increased responsibilities we hired more colleagues which colleagues which investment. This includes the renovation of the already existing office building, and also its extension (by doubling the original size). In total, we can say that the Y Takarmányipari Ltd. is continuously investing in renovating and maintaining since the purchase of the feed-mill to preserve the technical and aesthetic standards and we are also developing to reach our maximum potential. Since the developments have started in 2014, the whole investment has reached about 1,3 billion forint.